Directions for laying out curved cattle handling facilities for ranches, feedlots, and properties

Cattle Handling Systems: Practical tips on why some handling systems work better than others.

Some cattle handling systems work like well-oiled machines, while others bog down with cattle that constantly balk and turn around. 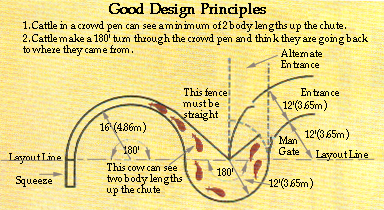 Figure 1) A well designed round crowd pen takes advantage of the tendency of cattle to go back in the direction they came from.

Round crowd pens and curved single file chutes work better than straight ones, but they must be laid out correctly.

A curved chute works more efficiently than a straight one because it prevents cattle from seeing people and other activities at the end of the chute. 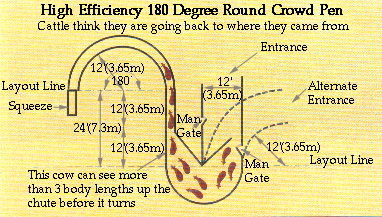 Figure 2) In the high efficiency round crowd pen system, cattle make a 180° turn as they move through the crowd pen.

A round crowd pen will work better than a straight crowd pen because, as cattle go around a 180° turn, they think they are going back to where they came from (see Figures 1 and 2). Round crowd pens should be laid out so cattle make a 180° turn as they move through the crowd pen.

The most common mistake is the straight-through layout shown in Figure 3. The advantage of a round crowd pen is lost when cattle move straight through it. When cattle go around the bend as shown in figures 1 and 2, it takes advantage of their natural behavior. Cattle want to go back to where they came from. 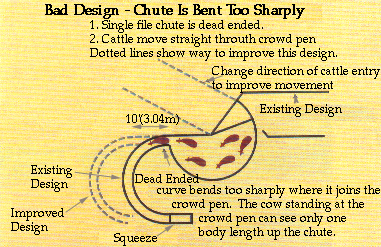 Figure 3) The straight through round crowd pen and dead end chute is poorly designed.

The design in Figure 3 can be improved by changing the angle of the entrance. The dotted line shows how to improve the layout. In places where a 180° turn is not possible, use a 90° or greater turn. Crowd pens where cattle make a 90° turn work better than a straight-through design.

The most common design mistake is dead-ending the curved single file chute. This occurs when the chute is bent too sharply where it joins the crowd pen. An animal standing in the crowd pen must be able to see a minimum of two body lengths up the chute before it turns. Figures 1 and 2 show good layouts, and Figure 3 shows a dead-end layout. The dotted line on Figure 3 shows how to correct the problem. Cattle movement in Figure 3 can be greatly improved by adding a 10-ft. straight sections of single file chute. This will enable cattle standing in the crowd pen to see two to three body lengths up the chute before it turns.

Why is it so important for an animal to be able to see up the chute? Cattle will refuse to go somewhere unless they can see a place to go. The principle of a well-designed curved single file chute is to show the animal there is a place to go but conceal the people who are standing around the squeeze chute.

Another common mistake is making a crowd pen either too big or too small. The ideal radius for a round crowd pen is 12 ft. If a crowd gate longer than 12 ft. is used, the pen will be too big. An 8-ft. gate is too small. Cattle in a crowd pen need room to turn.

The crowd pen and curved chute systems shown in Figures 1 and 2 should be built as shown. Many producers think that efficiency will be improved if the crowd pen is designed so the crowd gate can squeeze the cattle all the way into the chute. If an animal is turned around, handling will become more difficult if you attempt to squeeze the crowd pen space down to nothing.

Another common mistake is building factilites that are too small and cramped. This is done to make them fit inside a building. Unfortunately, many of these facilities work poorly. The layouts shown in this article require more space, but they will work better than tight, cramped designs.

A system that is designed perfectly will not work if the chute entrance is too dark or the system contains distractions that cause balking. I have visited many feedlots and worked with employees to improve handling. In half of the lots, cattle balked at dangling loose chain ends hanging down in the entrance of the single file chute.

In many feedlots, good cattle movement was impossible until I tied open the anti-backup gate at the entrance of the chute. Anti-backup gates can also be equipped with a remote control rope. Cattle entering the chute will enter more easily if the gate is held open. After they enter, the gate can be closed.

A handling facility in a dark building will also cause balking. Cattle often move more easily in buildings equipped with translucent skylights or translucent panels in the walls. The panels provide bright lighting that is free of shadows.

Itąs important that a crowd pen have solid sides and a solid crowd gate. A solid crowd gate is important to prevent cattle from attempting to turn back to where they came from. Man gates must be installed to allow people to escape from charging cattle.

When cattle enter the crowd pen, they should move easily into the single file chute. If the animals balk, either eliminate distractions (such as a closed one-way anti-backup gate) or change where people stand. The No. 1 rule is never overload the crowd pen. Cattle need room to turn. Fill the crowd pen less than half full.

Photo 1 shows a round crowd pen that is similar to Figure 1. In this photo, the pen is being used properly, Note that the crowd gate is not pushed up against the cattle. The crowd gate should be used the same way the emergency brake is used in the car: you should almost never have to use it. 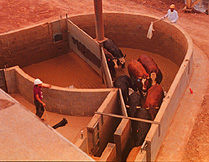 Photo 1. When the crowd pen shown in Figure 1 is operated correctly, the crowd gate is not pushed tightly against the cattle.

The crowd gate in Photo 1 has been left on the first notch and it stays there. If cattle are walking into the chute, donąt push them with the crowd gate. The crowd gate should only be used if there are one or two stubborn cattle. Pushing the crowd gate tightly against the cattle makes handling more difficult because animals cannot turn.

The handlers in Photo 1 are using sticks with plastic flags on them to move cattle. The man in the dark shirt has his flag on the ground so cattle donąt see it. Heąs also standing back far enough so cattle move easily. Cattle sometimes move more easily into the single file chute if the handler works fairly close to the chute entrance. 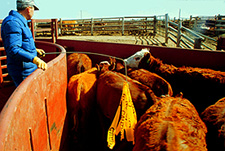 Photo 2. Cattle entry from a crowd pen into the single file chute can be controlled by a person moving forward and backward along the catwalk.

Cattle movement into the single file chute will be more efficient if handlers wait until the chute (race) is partially empty before attempting to fill it. This takes advantage of natural following behavior. If there is space, cattle can walk directly into the chute. Also, if the chute is full, cattle in the crowd pen are more likely to turn around. The crowd pen should be used as a pass-through pen to induce cattle to enter the chute.

Click here to return to the Homepage for more information on animal behavior, welfare, and care.

Link to www.GrandinLivestockHandlingSystems.com: Contains lots of photos of cattle corrals and feedlot systems